The ABILITY brain-computer interface system is under development to enable applications such as restoration of communication and movement for people with severe paralysis. It comprises implantable and wearable components.

Here, the colorful image on the left shows the printed circuit board layout of the USB adapter - part of the ABILITY wearable. The image on the right is the physical board used in the wearable. Components marked yellow and blue in the layout are deep, so not visible on the board.

The central square - U5 - is the system coordinator. It is a field programable gate array (FPGA) that reads neural data recorded from implanted electrodes, manages the system’s power and communicates with the implant and the wearable components. 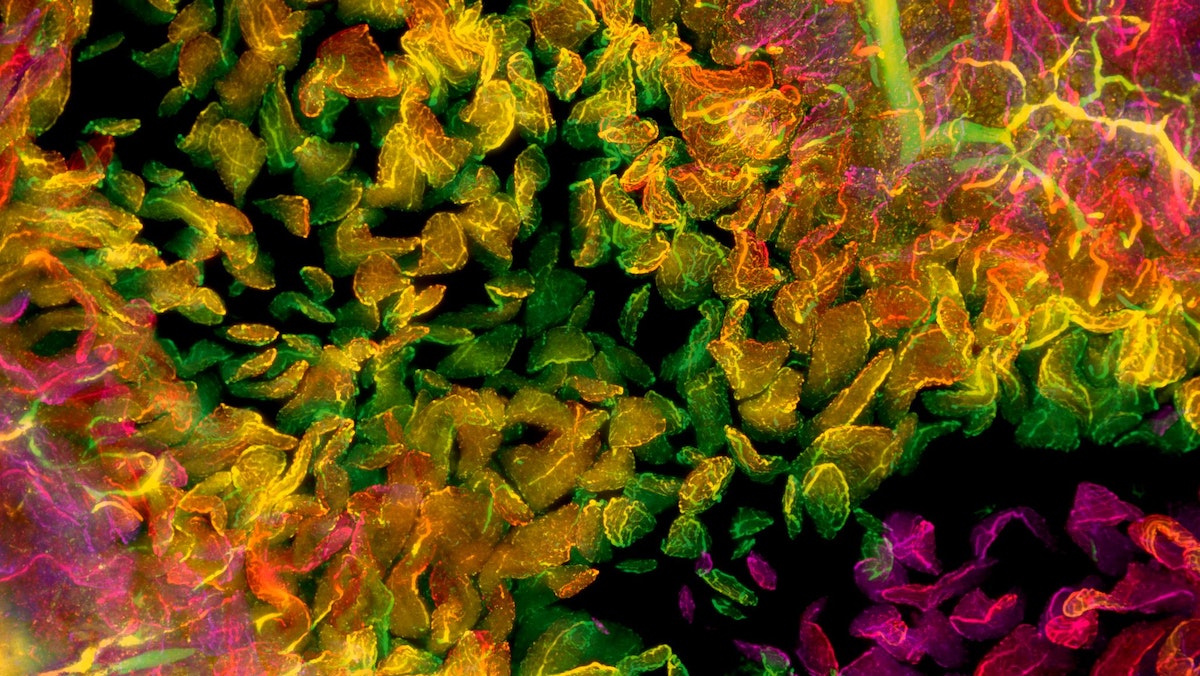 Not beautiful spring flowers but intestinal villi in charge of absorption of nutrients. 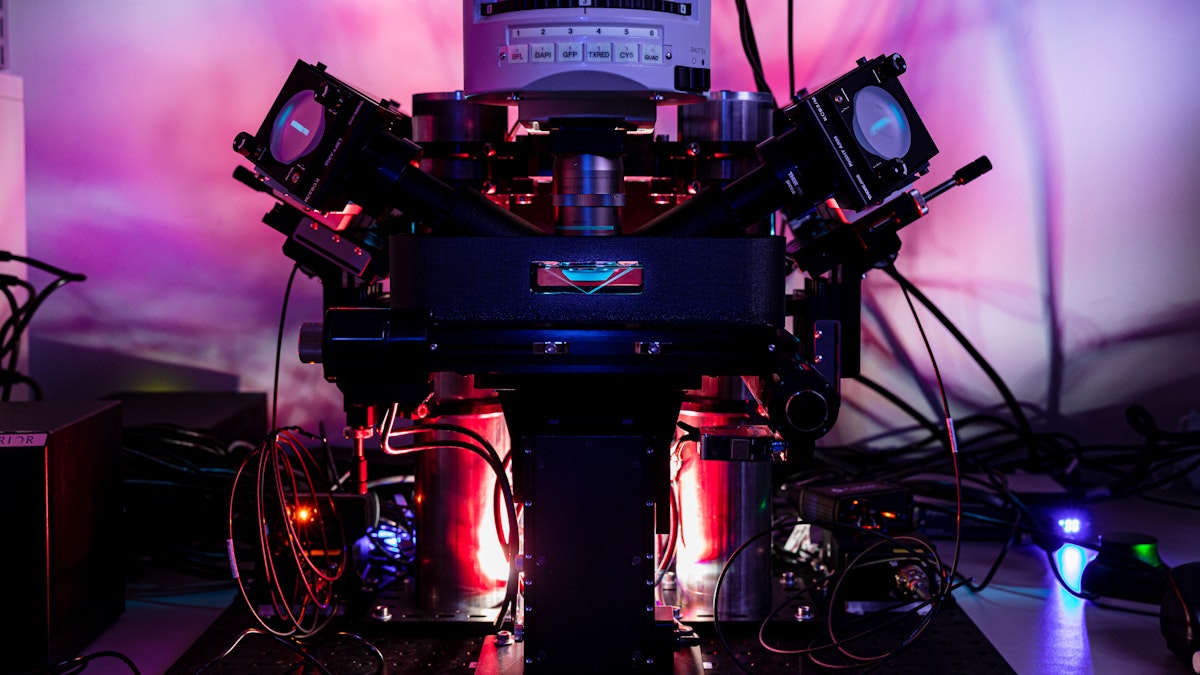 Finding cures for the future in the brains of the past 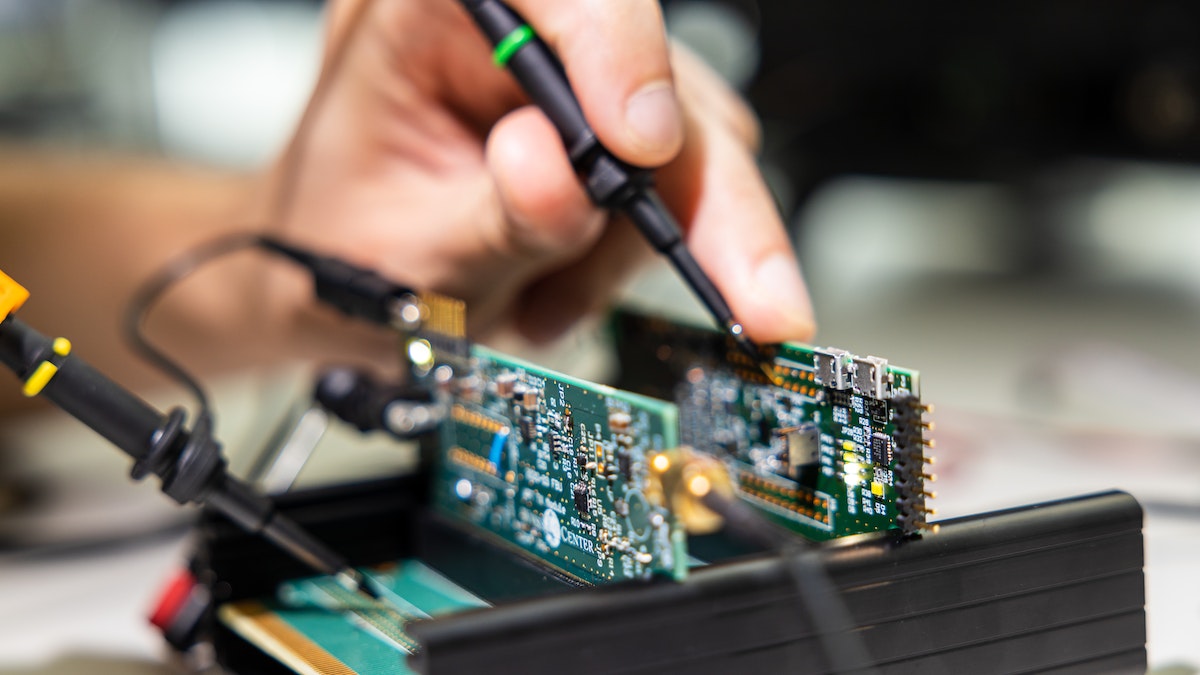 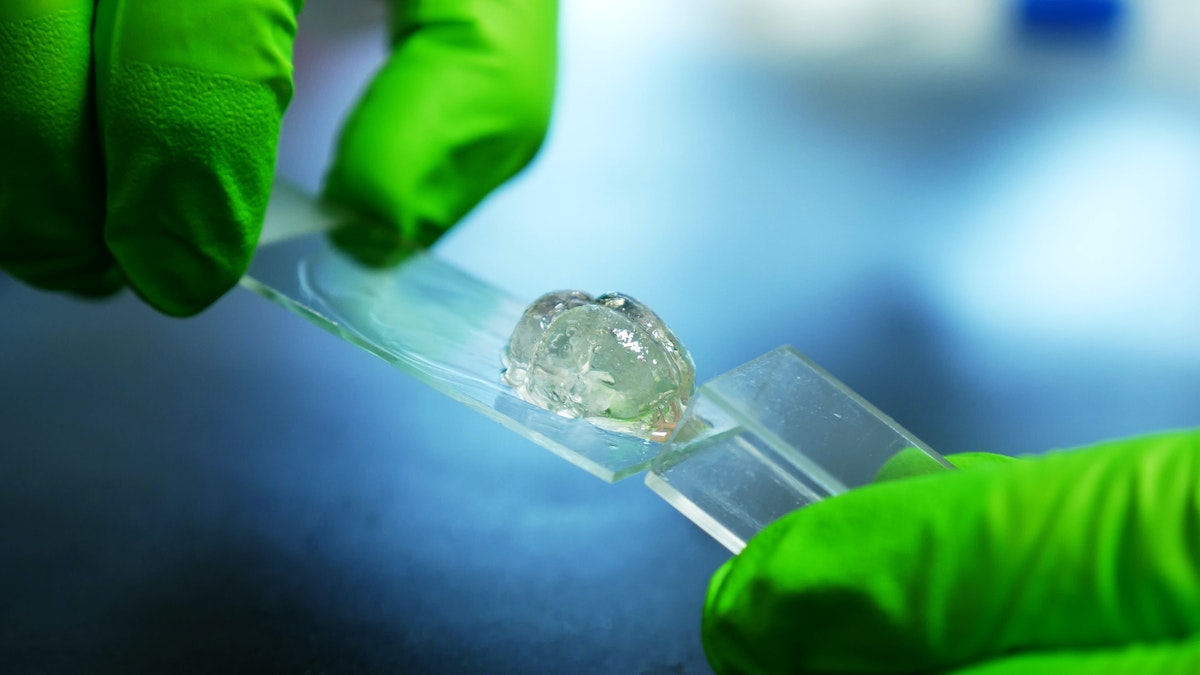 Advancing our understanding of the brain's complex circuitry 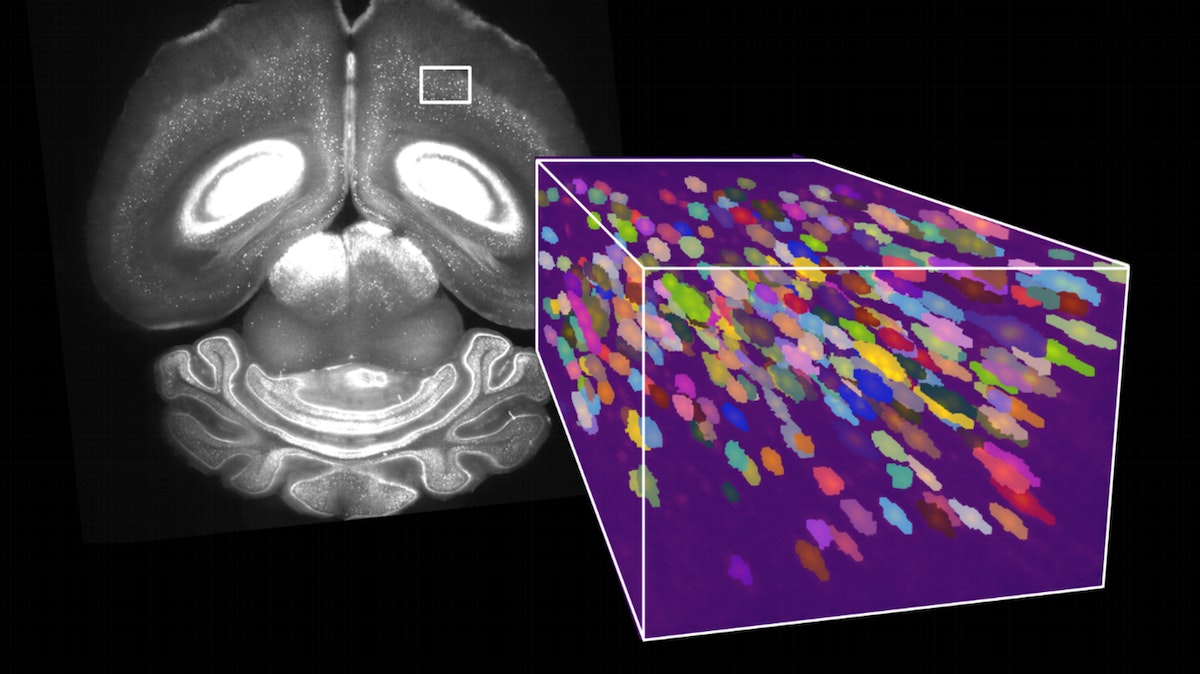 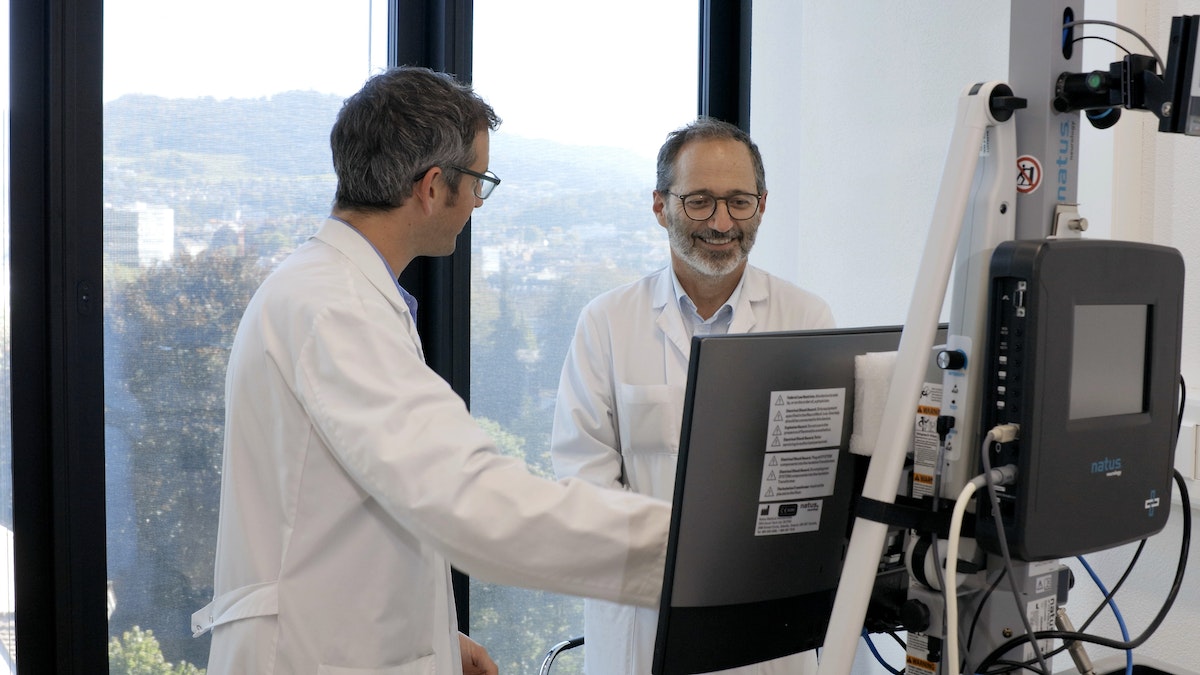 Collaborations that translate technologies to patients 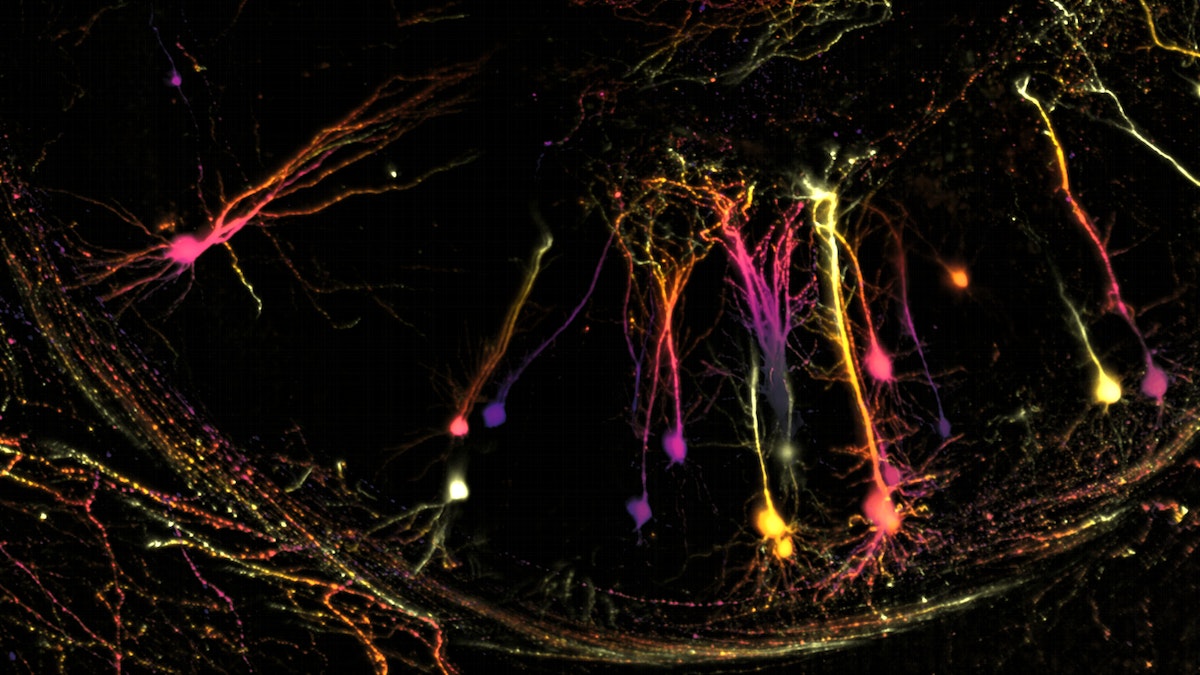 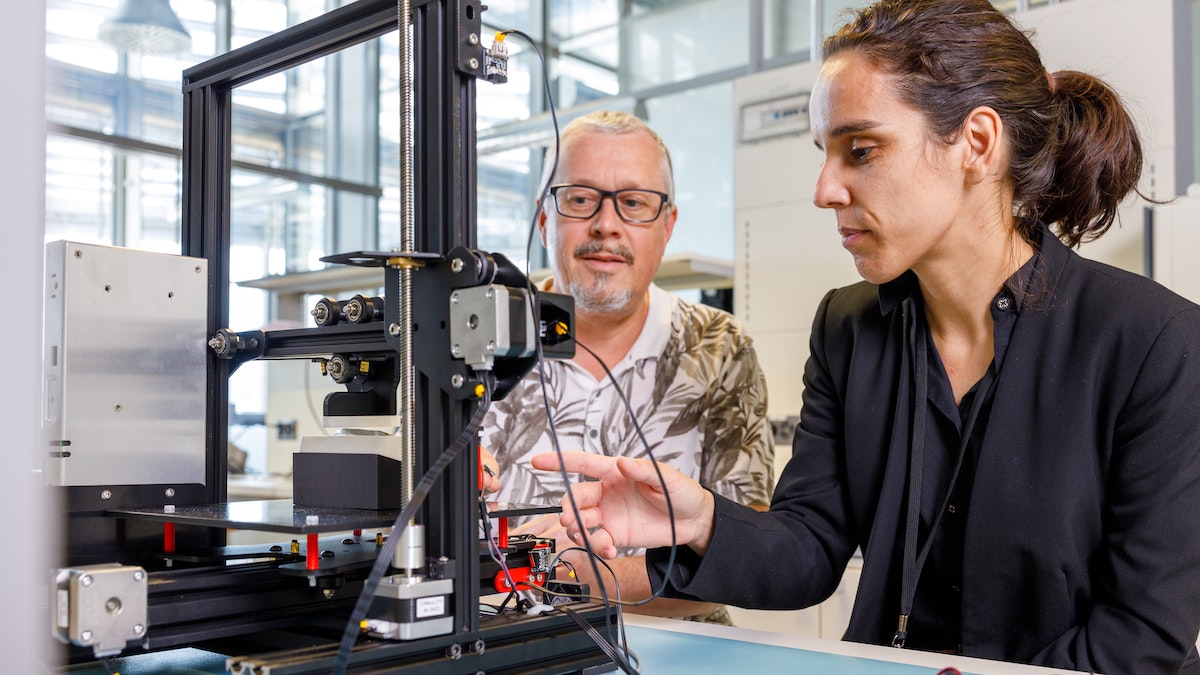 Working on design solutions in our prototyping laboratories 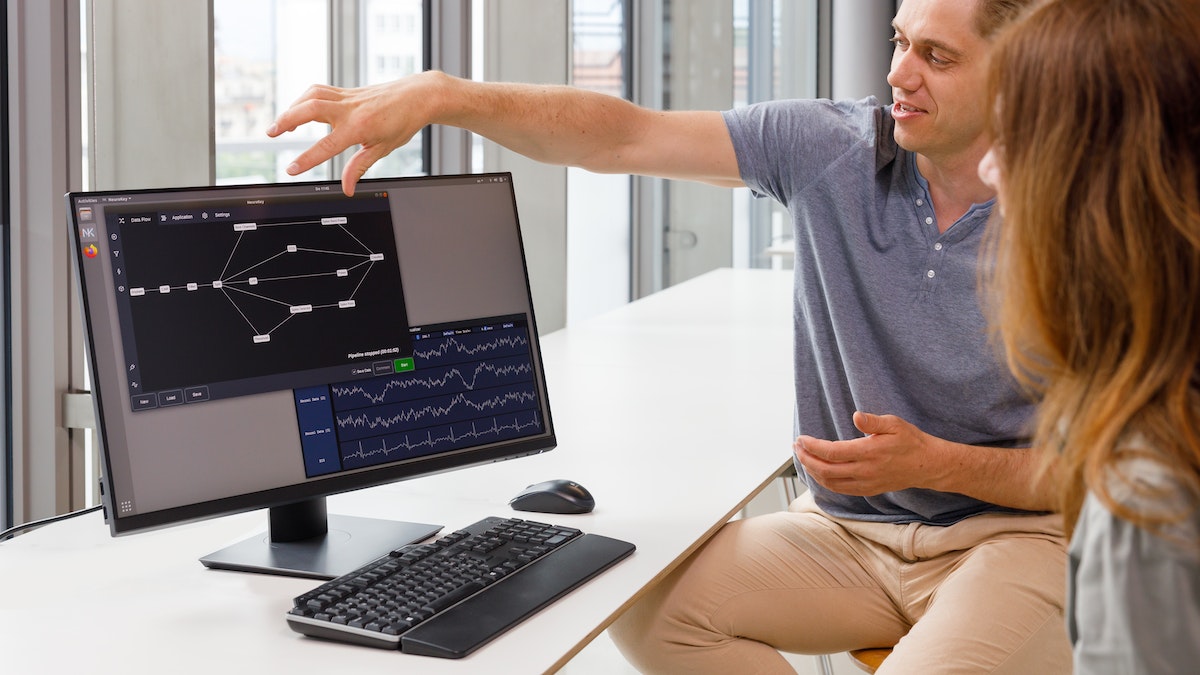 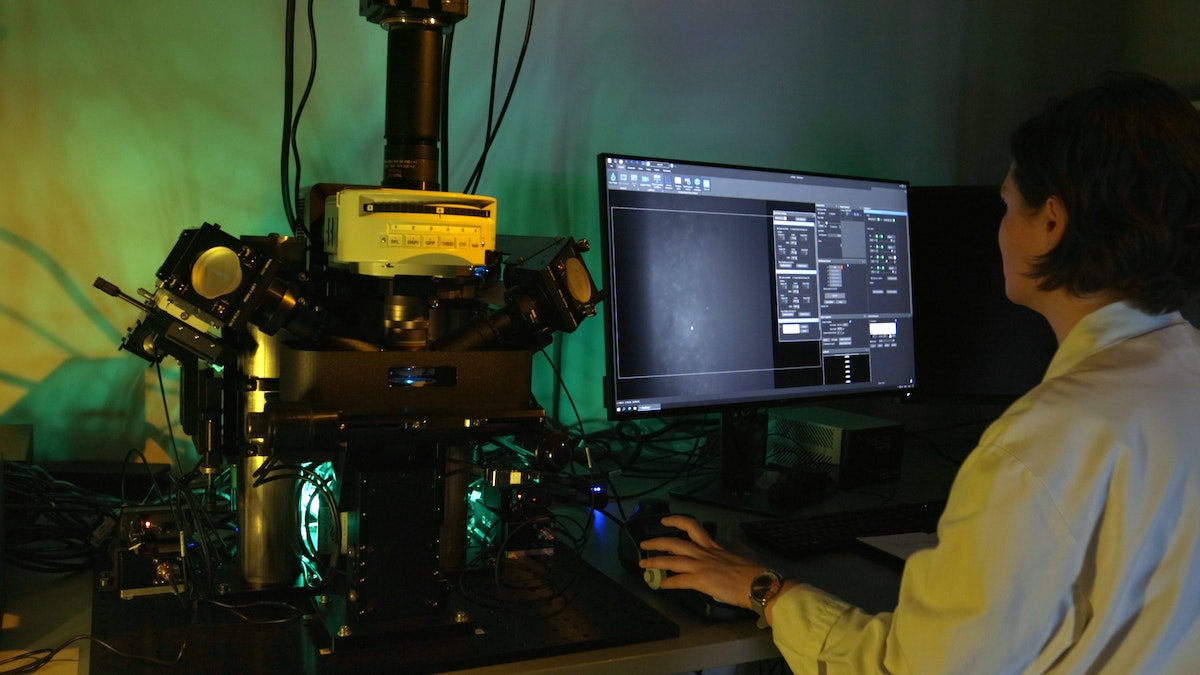 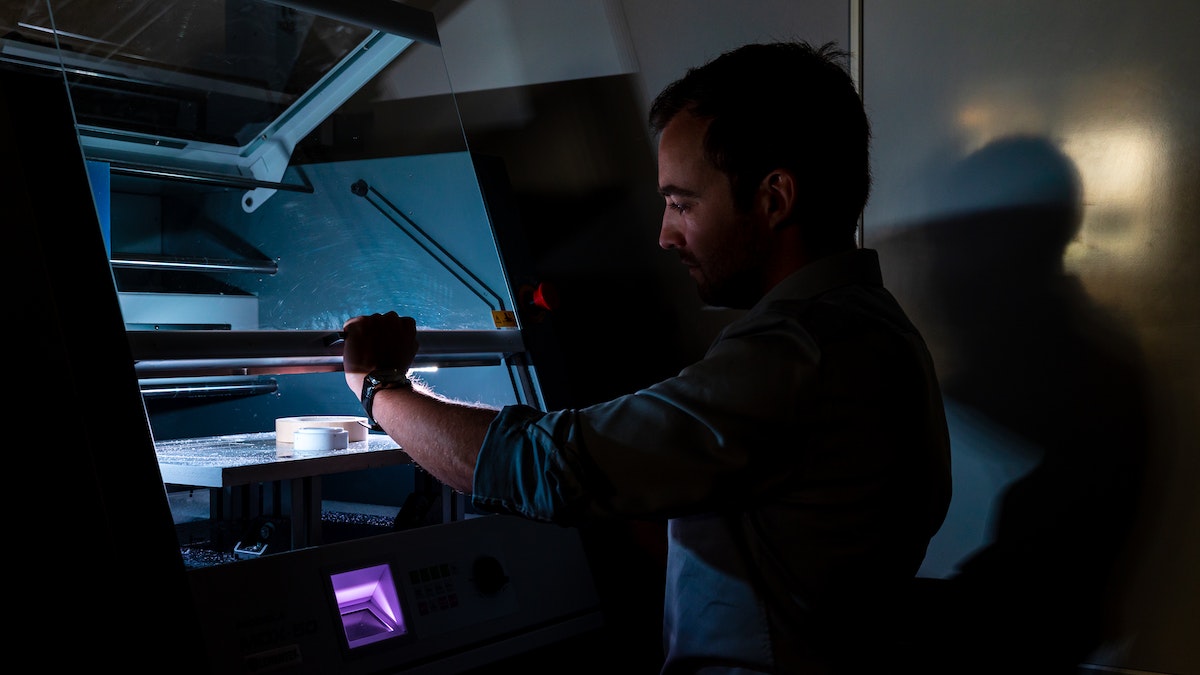 Our capabilities span all facets of the translation process 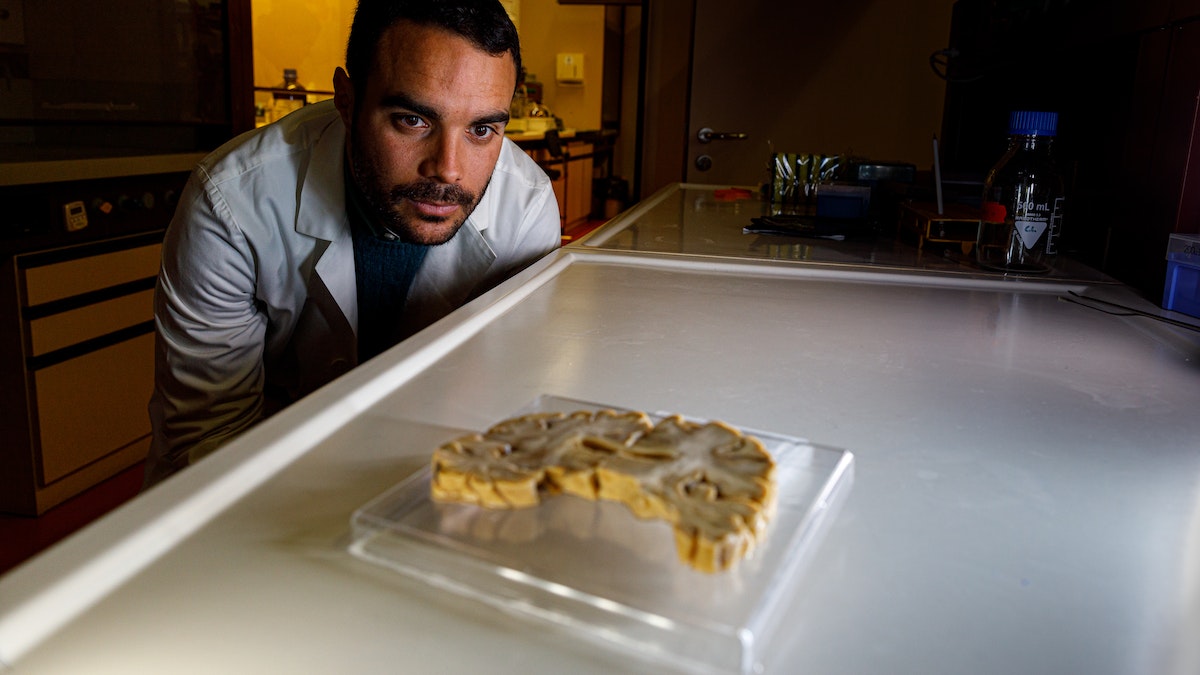 Could cellular level maps of the human brain lead to early interventions in disorders like Alzheimer's disease? The team, from the Wyss Center, the University of Geneva and Geneva University Hospital, describes the innovative approach in which they compare healthy and diseased brains to detect cellular-level changes early. 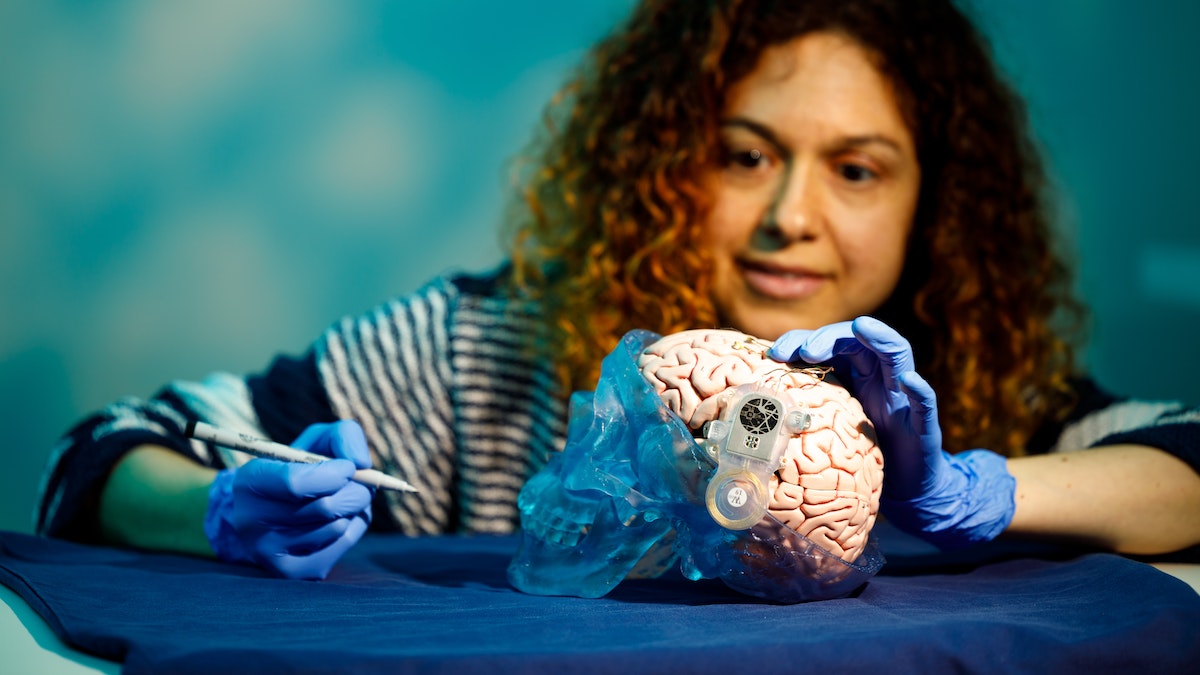 Where I work: The shared dream of the ABILITY team

Project Manager in Neuroengineering, Shenandoah Montamat, reveals her first invention at the age of five and describes the ABILITY team’s shared dream.

Shenandoah leads ABILITY - a project to develop a brain-computer interface system for applications such as restoration of communication and movement for people with severe paralysis.

A preclinical trial is underway with the ABILITY brain-computer interface system.

The study, which is being carried out in sheep, is a crucial step towards development of a fully implantable device to enable applications such as communication and movement for people with paralysis.

The trial will assess the safety and feasibility of brain signal recording and wireless transfer of neural data to a wearable computer.

The ABILITY device and an X-ray view of the device when implanted.

Image of the month: Five times larger than life

The team is using expansion microscopy – a technique that physically expands the tissue using polymers that swell in a similar way to a diaper when wet – so that more detail can be seen under a microscope.

Chemical anchors fix the expanding polymer gel to the biological molecules in the sample increasing its 3D size. Here, the nuclei were 6 microns before expansion and around 30 microns after, making them five times larger. The team plans to use the technique to study synapses, the physical junctions that allow communication between neurons. By comparing synapses in healthy and diseased brains, the team hopes to discover precursors to neurodegenerative disorders and ultimately find ways to treat them. 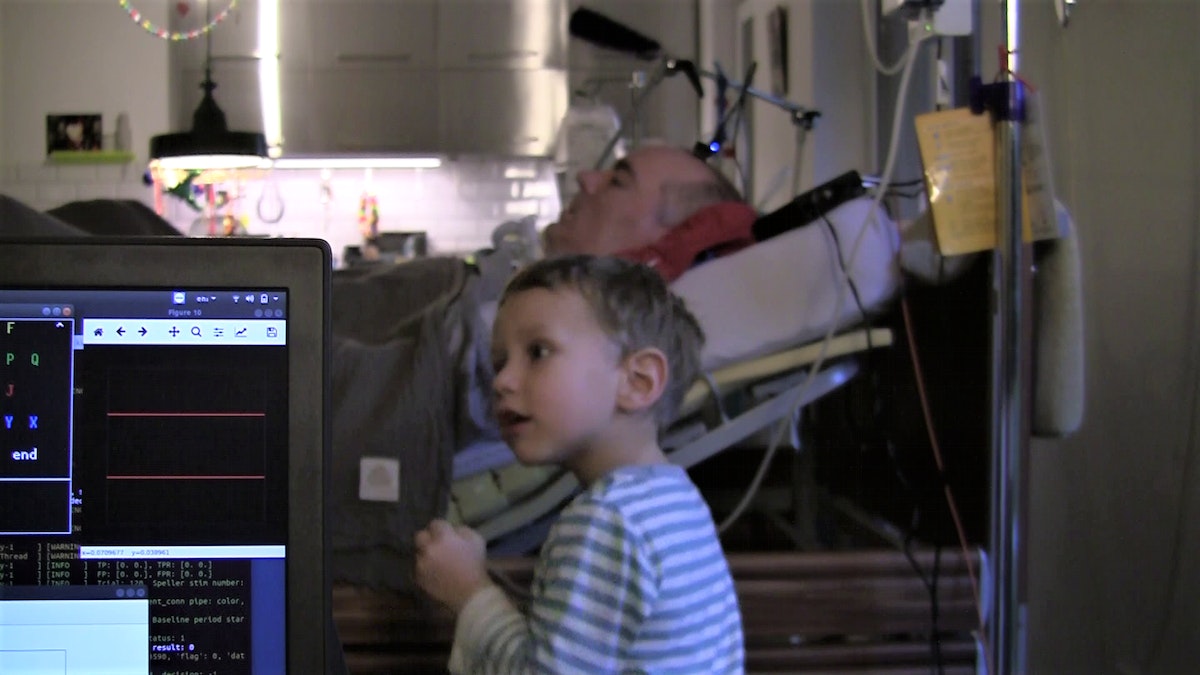 The study, published in Nature Communications, paves the way for new technologies for people with severe paralysis. 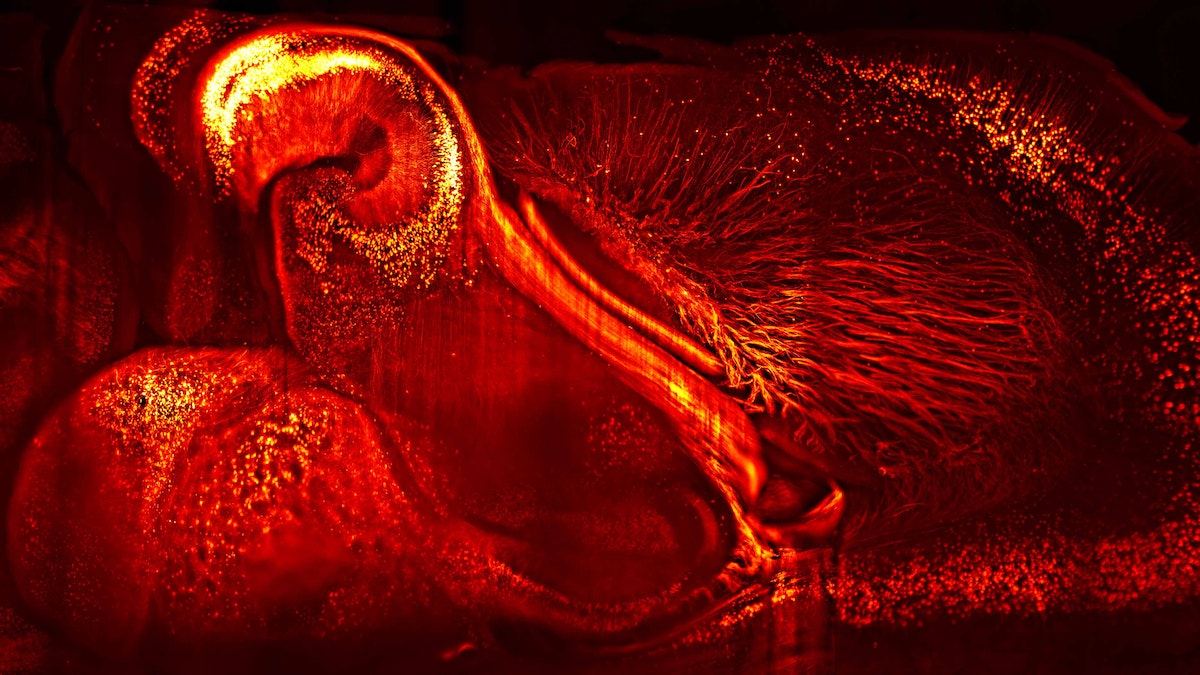 Microscopy is experiencing a revolution. Developers around the world are pushing microscope technology to the extremes. 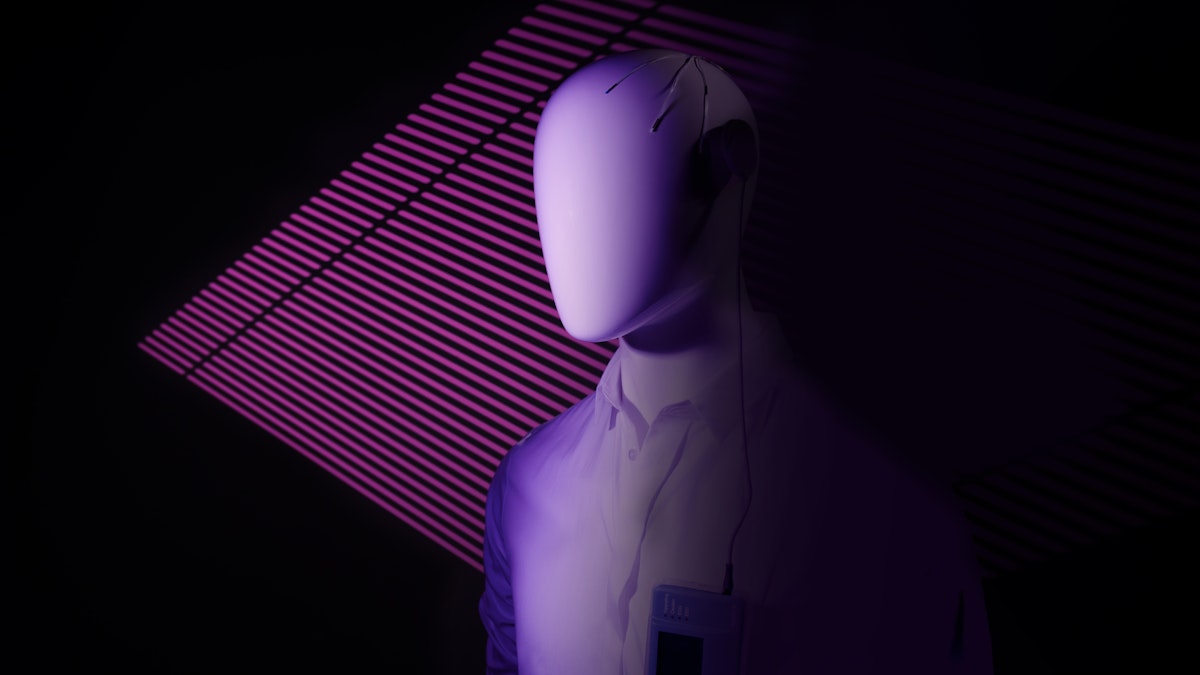 Brain signal recording with the subscalp Epios sensing electrodes (leads) is being carried out for the first time in patients at the University Hospital Bern, Inselspital. 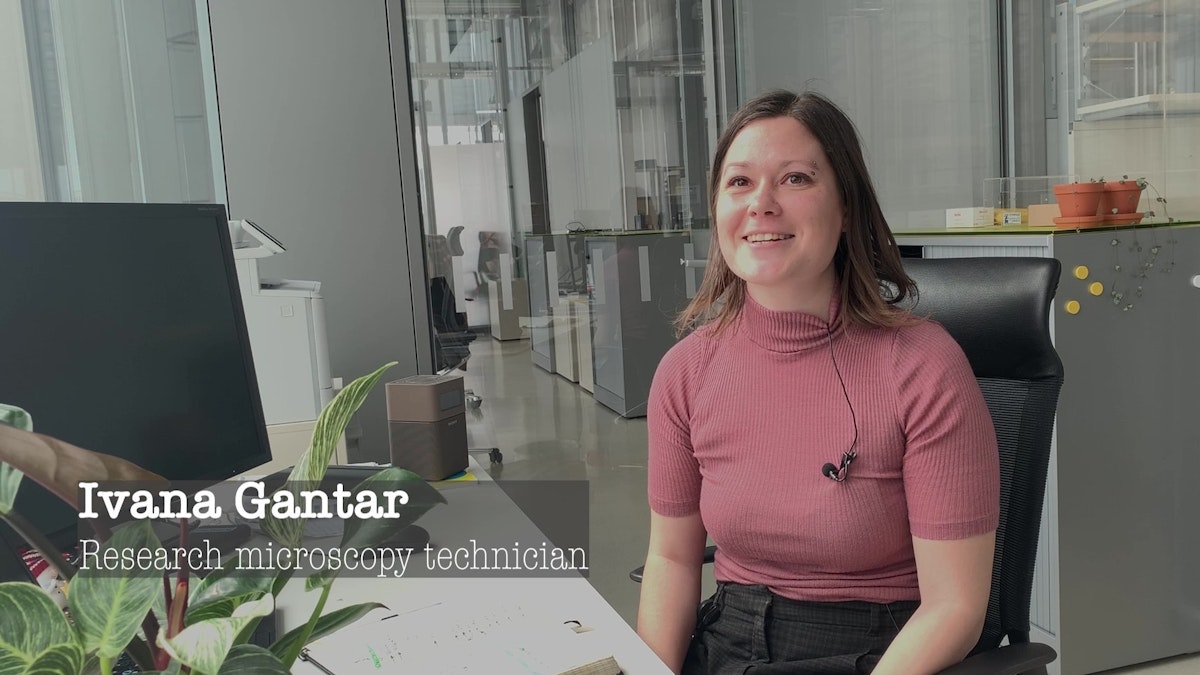 Where I work: Seeing the invisible

Lightsheet microscopes can reveal the 3D anatomy of entire small organs. They image brain tissue down to individual neurons and offer unprecedented maps of nervous system structure and function.
→ Find out more
↑
←

The Active Brain Implant Live Information Transfer sYstem (ABILITY) is an implantable brain-computer interface to restore movement and communication. Intended for long-term implantation, the medical device is designed to be flexibly connected to a variety of electrode technologies, including microelectrode arrays and ECoG grids.
→ Find out more
↓
→ 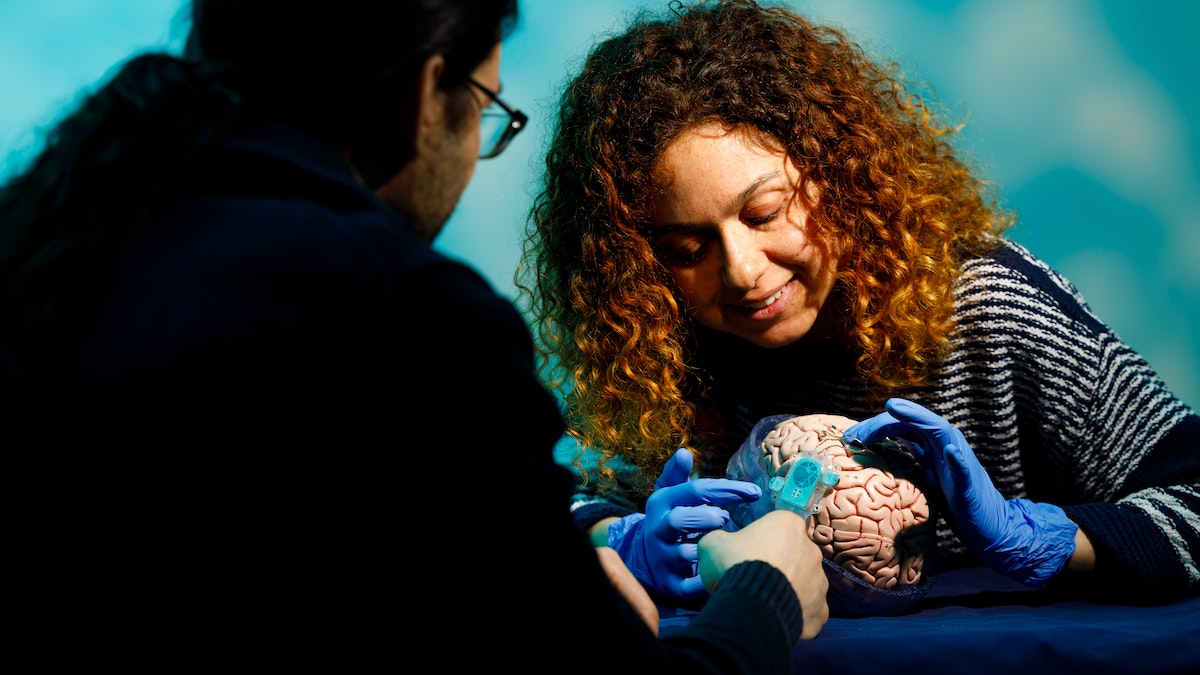 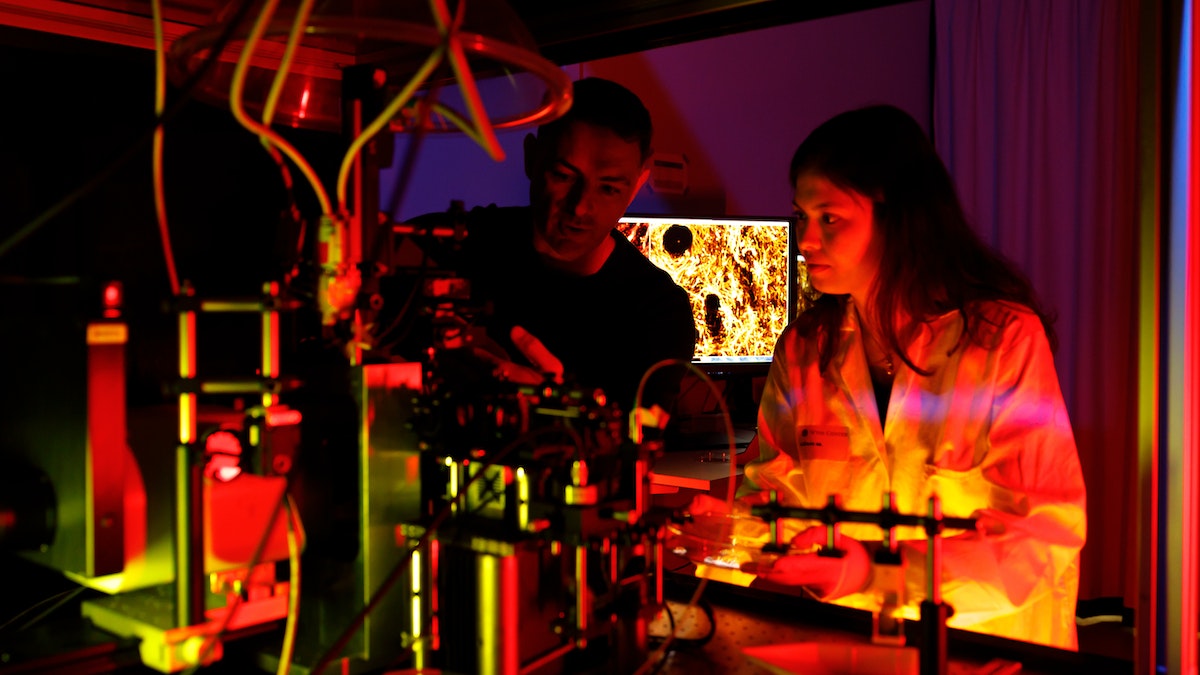 Improving brain tumor treatment, celebrating one of the most generous private donors to Swiss science and seeing the invisible! 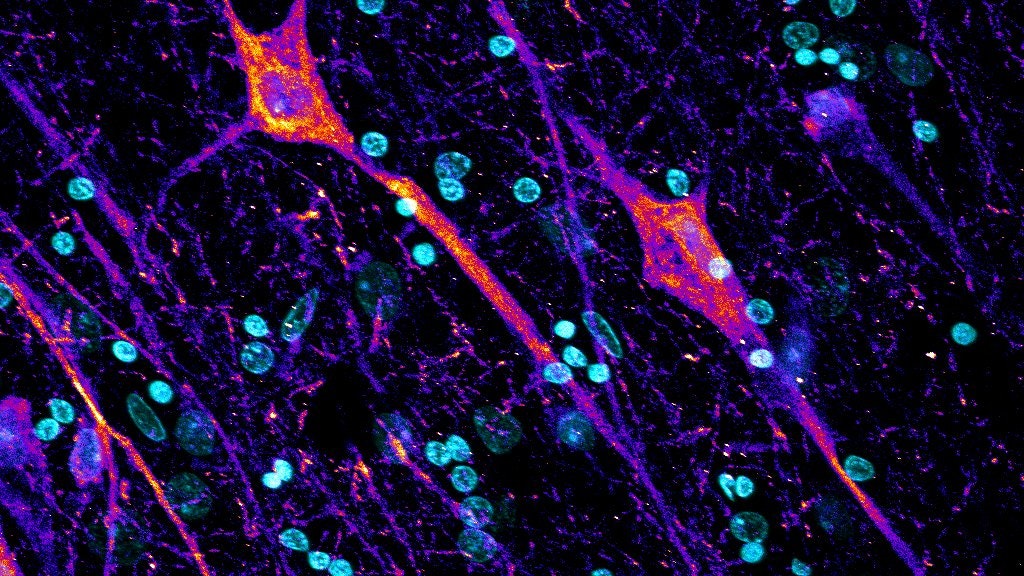 This month, discover how our new MICA project could revolutionize access and delivery of therapeutics to the brain, watch our human brain mapping video, meet new staff - and more! 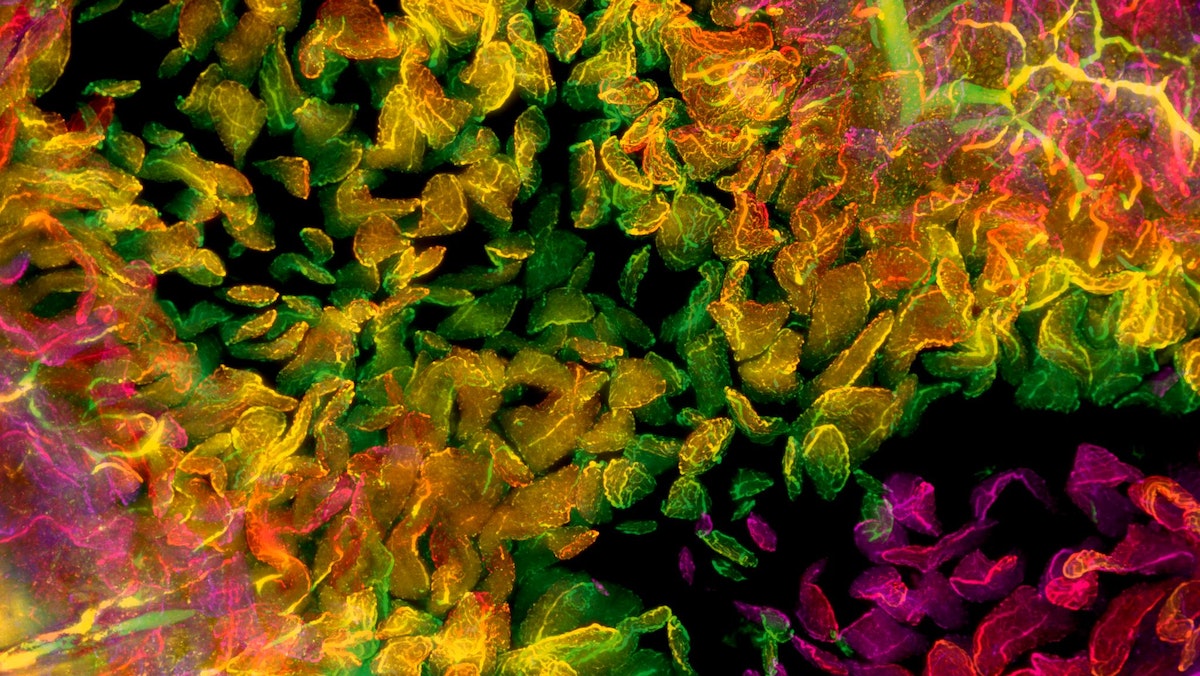